[ Reborn from the ashes of Warzone UK | Roleplaying is optional ]

You are not connected. Please login or register 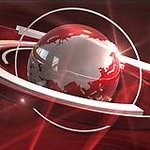 And now we report the latest news from Dundee there is a fierce battle going on
between the BAF and Gallic Royal forces. Despite the predictable fight since this morning appears strange things.
Some lonely units disappear with inexplicably. In some areas the hostile parties suspended their attacks againt the hostile wessels.
We are coming forward with further news soon.